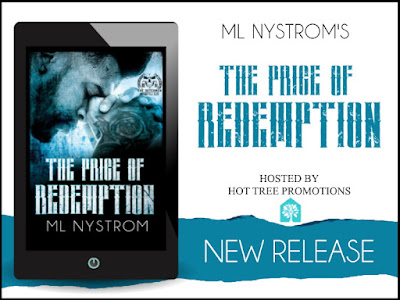 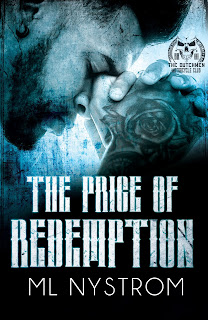 From bestselling author ML Nystrom comes a new darker breed of bikers. Hold on for the ride and meet The Dutchmen MC.
Iceman has a reputation for being the coldest and most ruthless biker in the Dutchmen MC. He has no loyalties to anyone or anything outside his club. The people who go against him or betray the club find themselves in serious pain... or dead.
Then one afternoon trouble in the form of a blonde walks into his life.
Gabriella doesn’t want to be here. She doesn’t want to enter this biker world of crime, cards, and sex, but her uncle has left her little choice. She must make a deal with Iceman to protect the ones she loves. In doing so, she finds more than she bargained for.
Iceman must face the demons of his past while Gabriella must face the monsters of her future. Are either of them willing to pay the price of their redemption? 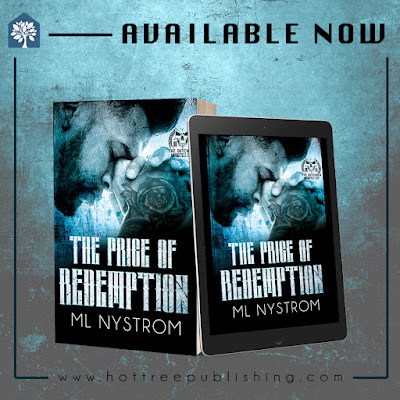 She looked like she just came from a bank or a lawyer’s office. Black dress pants, black flats, white button-down shirt and an oversized, shapeless black-and-white checkered blazer, her garb screamed outsider. Her rounded up pale hair sat in a clip at the back of her head and she had her arms wrapped around her middle as if holding herself together. She appeared conservative, professional, and totally out of place at a motorcycle club.
Iceman didn’t say a word. He observed the girl shift from foot to foot as he approached. Her lower pink lip disappeared into her mouth as she bit it. A random word came across his mind. Cherries.
He stood in front of the stiff girl, crossed his arms and stared down at her. She was at least a foot shorter than his six foot three frame. The name tag she wore pinned to the blazer stated she worked at the St. James hotel and her name was Gabriella. Not from the cities then, and not lost. Soft name for a soft girl, Iceman thought. She was wholesome, pretty, and looked innocent. Too innocent to be in a place like this. He grew intrigued despite his desire to kick the girl out immediately. He kept his stance and his silence, waiting for her to make the first move.
Gabriella squared her shoulders and looked at him in the eye. There was a slight tremble in her rigid posture and she dropped her clutched hands stiffly to her sides. Scared out of her mind, but gutsy enough to push through it, Iceman thought. Few men could meet his eyes directly and not flinch away.
“Are you Iceman?”

Facebook | Twitter
I've had stories in my head since I was a child.  All sorts of stories of fantasy, romance, mystery and anything else that captured my interest.  I'm a voracious reader, and have spent many hours in my life devouring books, therefore it's only fitting I should write a few myself!
I've spent most of my life as a performing musician and band instrument repair technician, but that doesn't mean I'm pigeon-holed into one mold.  I've been a university professor, belly dancer, craftsperson, soap maker, singer, rock band artist, jewelry maker, lifeguard, swim coach, and whatever else I feel like exploring.  As one of my students said to me once, "Life's too short to ignore the opportunities."   I have no intention of ever stopping so welcome to my story world.  I hope you enjoy it!

September 21, 2021
Author:   Carolyn LaRoche Title: Danger on the Mountain Series: Marshall Brothers, #3 Genre: Romantic Suspense Release Date: September 4, 2021 Publisher:   Hot Tree Publishing Cover Designer:   BookSmith Design Now Live! Amazon US:  https://amzn.to/38EdRGs All Links:  https://books2read.com/marshallbrothers3 She’s sold her soul to the devil for the last time… When an unexpected inheritance comes her way, high-powered defense attorney, Layla Evans, gives up everything she's known and seizes the opportunity to start over. The mountain ranch is the perfect escape from a life she can no longer stand. In the solitude of her mountain escape, she can wrestle her demons and never hurt anyone with her job again.   She never counted on her past following her there.   Ben Marshall knows a thing or two about running away… After a decorated military career ended in the worst way possible, Ben leaves his Special Forces unit and seeks sanctuary high in the Blue Ridge Mountains. He needs the s
2 comments
Read more

June 16, 2014
Presented by: Title: Eating Sarah Author: Jaret Martens Audience: YA Genre: Thriller Formats: E-book Publisher: Immortal Ink Publishing Cover by: Rebecca Hamilton Editor: Rebecca Hamilton and Louise Caiola Expected Date of Publishing: Mid-2014     Ever since Sarah was young, all she could dream about was participating in The Hunt — a monthly event in which her people sneak into the nearby cities and villages to gather food. And in Sarah’s world, the food they feast on most is human flesh. In the deep forests of the Rocky Mountains, Sarah lives in a community of man-eaters. With Fall ending and hunger running rampant, Sarah and her cannibalistic community are forced to change the rules of their Hunt. And with these changes come new risks. When her first Hunt ends in catastrophe, and one of her only friends is lost, Sarah is sentenced to work in the slaughter shack. Among the dead and dying, Sarah is introduced to Troy: a man she knows she will be
64 comments
Read more 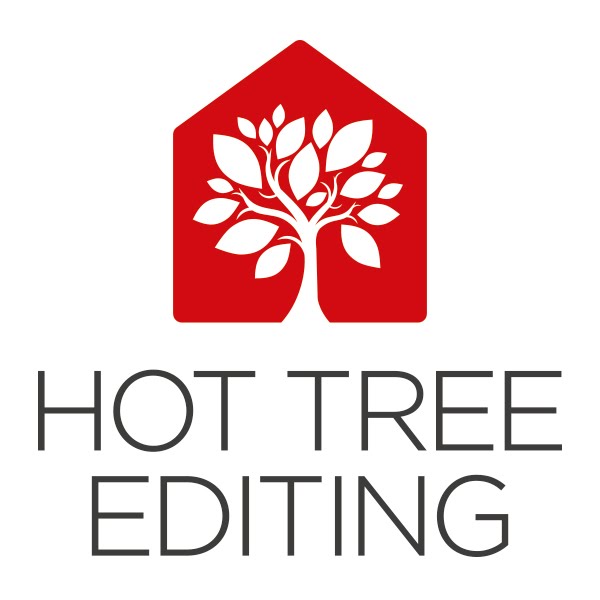 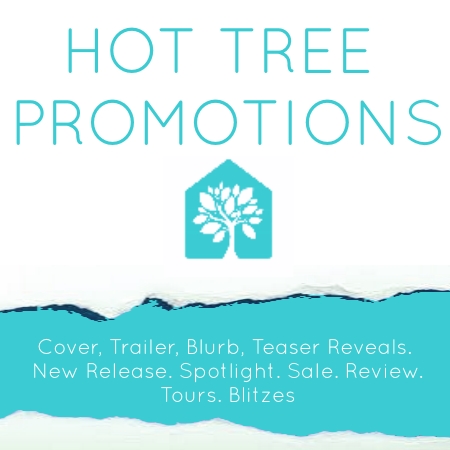